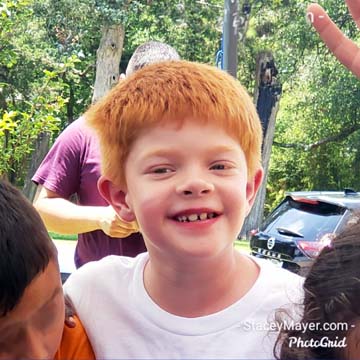 We just had a scare. Shannon and I attended Benjamin's kindergarten graduation today. We were finished in the auditorium and the students began to pair up with their families in the audience and return to their classes.

Two adults started to shout and began a loud fistfight while screaming at each other. Rapid blows came hard and fast, and a nearby constable quickly moved towards the scene - right in front of me. Every parent began to rush to the exists.

Benjamin squeezed my hand firmly. The crowd swayed with the fight to the left, then right, as other adults moved forward to break up the fight.

I turned abruptly and pulled Benjamin close to head towards an exit. As I looked for a path out, I saw a sea of frightened faces, eyes wide open, clutching their children on one side, some family members holding balloons or flowers on the other.

They saw me coming toward them and everyone turned and headed towards the hallway. There was a large group already there, and the hall was crowded with crying children and anxious parents.

Where was my daughter Shannon, Benjamin’s mom? She’d stayed at the back while I walked up front to take pictures. I heard the escalation of voices behind me as the fight continued. We needed to move, fast.

I started forward to find Shannon, but she called me from over my shoulder, and we changed direction together. Benjamin's teacher saw us, grabbed my hand, and waved to the children while calling, "follow me to the classroom!" I took a shuddering breath.

Children and their families hurried down the hallways as teachers held classroom doors open and began taking headcounts. Parents sat on the floor, or in the student's small chairs. Some of the children were crying. Lots of parents had been crying, too.

We were shaken, but we were safe. All of the students were accounted for and within sight. No; one little boy was still in the hallway. The teacher quickly rounded him up and he joined his classmates.

Our hearts kept pounding. We talked among ourselves quietly, while the children threw out questions, "Why were they hurting each other?" Another kindergartener firmly said, "They were being bad!"  Of course, they had questions. The children had been there watching, as the fight boiled up in front of us. We didn't have many answers.

As their teacher received an all-clear through her walkie-talkie, we began to gather up backpacks and get ready to go home.

Their teacher had a sign-out sheet for the parents to sign. My daughter and I exchanged phone numbers with another parent to meet up this summer. A few more photos were taken. We could talk to the other parents later. We'd hug each other when our kids were playing on the slide or at the water spouts at the city park.

We'll likely be answering the children’s questions for a long time.

We held Benjamin’s hand and walked out of the school into the bright Texas sun. We’d reflect on it later. We’d see each other again. We could not bear to think past getting to our cars.

We walked through the cars shimmering in the parking lot. We could cry when we got home.

We haven’t congratulated Benjamin yet for being named a “rock star reader”. We should share his graduation photos tonight with extended family. We gently steered the conversation towards going fishing with Grandpa over the summer vacation. Anything.

First, we needed to plan dinner. We agreed some ice cream after dinner would be good. Then early to bed for all of us. We could talk about it tomorrow.

Our prayers of thanks will be heartfelt tonight. 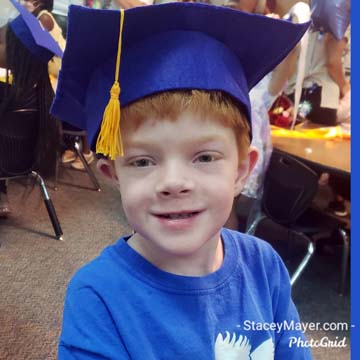 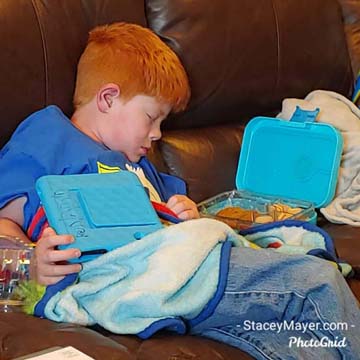 Stacey's Art in the Press